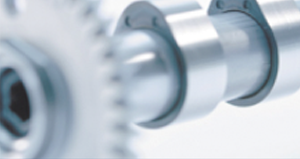 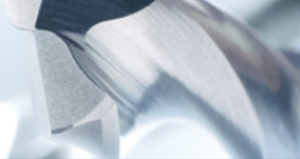 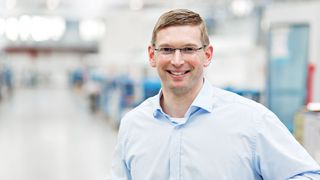 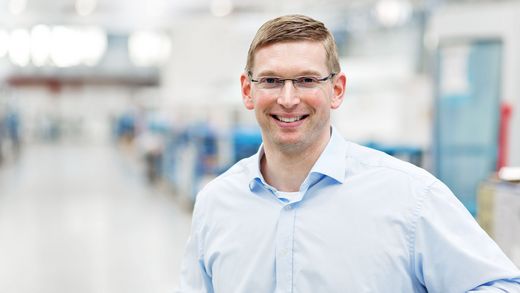 "I was sent abroad to our production plant, giving me the chance to learn the internal processes much more clearly and at the same time familiarize myself with a new culture."

Get to know our employees and their WALTER story!

"I started my apprenticeship as an electronics installer at WALTER at age 19. When my training was done, I switched in 1995 from electronics to the machine tools department, where I worked on the production of the first generation of HELITRONIC POWER. One year later I became a service technician and have traveled around the world. Four years later, I once again turned the page and handed in technician's overalls for jeans and a button-down shirt: As a service coordinator, I dispatched Tübingen's service technicians to locations in Europe, Asia and the US where help was needed. In 2003 and 2004 I went to Japan for two months to help establish the service team there. Four years later, my role field expanded and I became Area Service Manager and then Customer Care Manager in 2013. In this position, I continue to support other countries, even those that now have their own service technicians and coordinators. And: I am still often on the go – I spent almost two months a year traveling around the world for WALTER. What I like best is being on-site with the customer and showing them tips and tricks for their machines. And I particularly love how varied my work is."

"As soon as I first heard about the concept of dual studies, I knew right away that it was the right thing for me. Once my college entrance exam was done, I had no desire to start a heavily theoretical degree program. I wanted practical work with a bit of variety. So I chose dual study program in Business Administration with a focus on industry and industrial service management. In choosing a company, it was important for me that it operate internationally while still offering the feel of a family-run company. And that's how I came to WALTER. During my three-year degree program, I would alternate between three months at Stuttgart University and then three months at WALTER in Tübingen. During my stints at the company, I spent time in every department along the value chain, from purchasing to sales and customer care. I was able to apply theoretical knowledge from the lectures directly into practical work in the company. This combination helped me move seamlessly into career life, and today I work as a sales controller in the Business Development team for WALTER in Tübingen."

Stay informed!
Want to continue to receive interesting news about our company and our products? Then give us your consent now and subscribe to our newsletter!
Register for here for free...
en
Channels
LinkedIn Xing YouTube Instagram